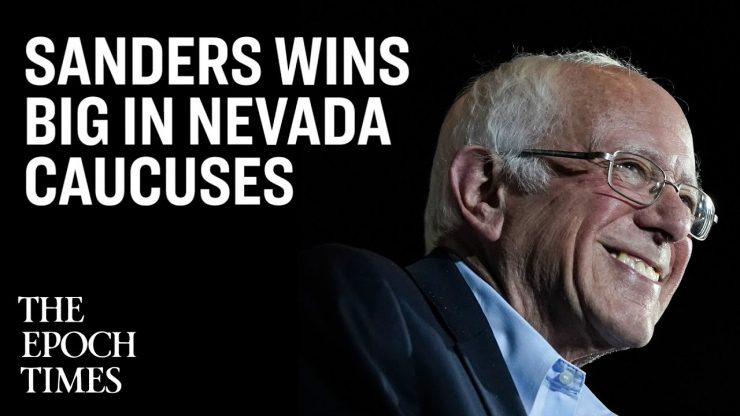 Senator Bernie Sanders(I-Vt.) scored a resounding victory in Nevada’s presidential caucuses on Saturday, cementing his status as the Democrats’ national front-runner amid escalating tensions over whether he’s too liberal to defeat President Donald Trump. The 78-year-old Vermont senator successfully rallied his fiercely loyal base and tapped into support from Nevada’s large Latino community as the Democratic contest moved for the first time into a state with a significant minority population. The win built on Sanders’ win earlier this month in the New Hampshire primary. He essentially tied for first place in the Iowa caucuses with Pete Buttigieg, the former mayor of South Bend, Indiana, who has sought to position himself as an ideological counter to Sanders’ unabashed progressive politics, but was fighting for a distant second place in Nevada. The victory, while encouraging for Sanders supporters, only deepens concern among establishment-minded Democratic leaders who fear that the self-described democratic socialist is too extreme to defeat Trump. Sanders for decades has been calling for transformative policies to address inequities in politics and the economy, none bigger than his signature ‘Medicare for All’ health care plan that would replace the private insurance system with a government-run universal system. Despite establishment anxiety, moderates are struggling to unify behind a single candidate, and the vote on Saturday was again split between several centrists, including Buttigieg and former Vice President Joe Biden. Also in the mix: Massachusetts Sen. Elizabeth Warren, who desperately needed a spark to revive her stalled bid; billionaire Tom Steyer, who spent more than $12 million on Nevada television, and Minnesota Sen. Amy Klobuchar, who hoped to prove her strong New Hampshire finish was no fluke. 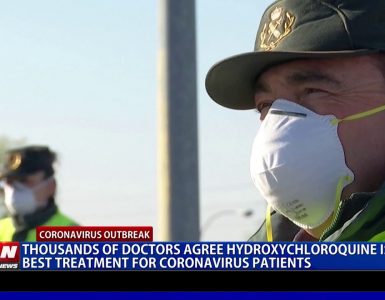 A new poll found thousands of doctors around the world have agreed that hydroxychloroquine is the best treatment for the coronavirus. One America’s Pearson Sharp has more. 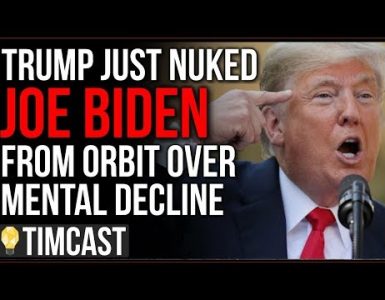 Trump Just NUKED Biden From Orbit Over Mental Decline, Politicizing Crisis BACKFIRES On Democrats. At a recent press briefing a journalist asked Trump about a tweet from Biden to which Trump responded that Joe Biden... 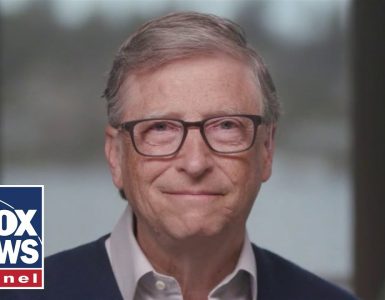 Microsoft co-founder Bill Gates, chair and the Bill & Melinda Gates Foundation, joins Chris Wallace on ‘Fox News Sunday.’ Judge Jeanine: You may not have lived during a world war, but you are living in...

It is Super-Cat. Able to climb up a building, fall many floors and just run away. Never saw this… 10 secs

Interesting: Green Dragontail Butterfly. It is one of the smallest species of swallowtail butterfly and one of the very few species with wing transparency 25 secs

You ever see such a great fake-out by a cat to a dog? Impressive with an incredible jump 4 sec clip

Police State USA – Is this out of movie or what? But its real and NOW… 28 secs

NYC Doctor who exclusively treats COVID-19 patients says, You don’t have to be scared. He expertly explains COVID

Jeff Sessions: China lied to us and we must investigate its ‘cover-up’

The New York Times is Pathetic. They published “Who Says It’s Not Safe To Travel To China?” Left Wing Hacks

Funniest Campaign Moments Of All Time

Mainstream media predicts end of the world, ignores facts and figures from other epidemics