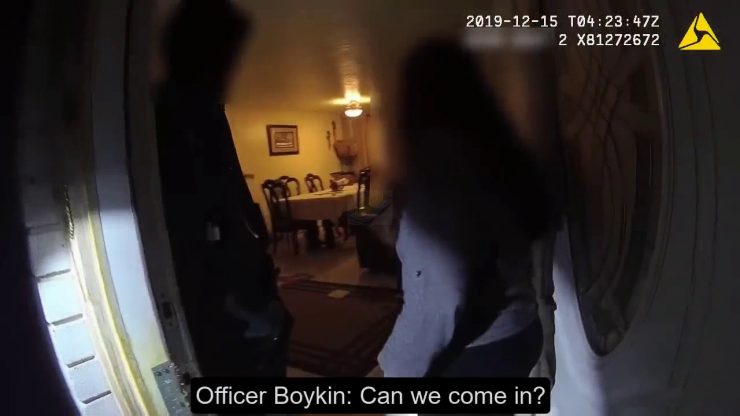 The Pasco Police Department has released footage from the night officers fatally shot an 18-year-old man who stabbed two officers last winter. Police said Alejandro Betancourt-Mendoza, 18, stabbed Ofcs. Ben Boykin and Kierra Peoples while responding to a report of a theft involving cell phones on Dec. 14 near 18th Drive and Jay Street. The video shows Pasco police officers Kierra Peoples and Ben Boykin responding to the home after the 911 call. Betancourt-Mendoza was known to carry a pocket knife. Body camera video shows the suspect putting his hands in his pockets and officers tried to detain him. During the chaos as Betancourt-Mendoza was resisting, his cousin, Martin Mendoza, charged at officers. Officer Jason Griffin, who was also inside the home, attempted to control him. When Betancourt-Mendoza broke loose from the officers, he grabbed a knife and slashed both Peoples and Boykin. That’s when Boykin shot Betancourt-Mendoza. Two gunshots could be heard in the bodycam footage. Officers Peoples put a tourniquet on Boykin’s arm as it cut an artery. Peoples, stabbed in the face, drove them both to Lourdes. Other officers secure the scene and began CPR on Betancourt-Mendoza as paramedics made their way to the scene. He died at the scene. The knife was located at the scene and collected for evidence. Martin Mendoza was arrested on Dec. 24, 2019 for two counts of assault in the first degree and one count of assault in the third degree.

This is Walgreens in San Francisco. Apparently, this behavior does not even get you arrested. Hello, Nancy? 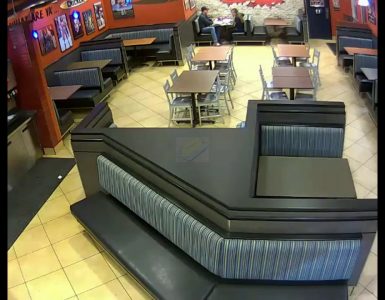 Viewer discretion is always advised when watching this video or any others videos. I do not take any responsibility to your trauma, psychological and/or mental harm. I do not recommend anyone to attempt, act/reproduce...