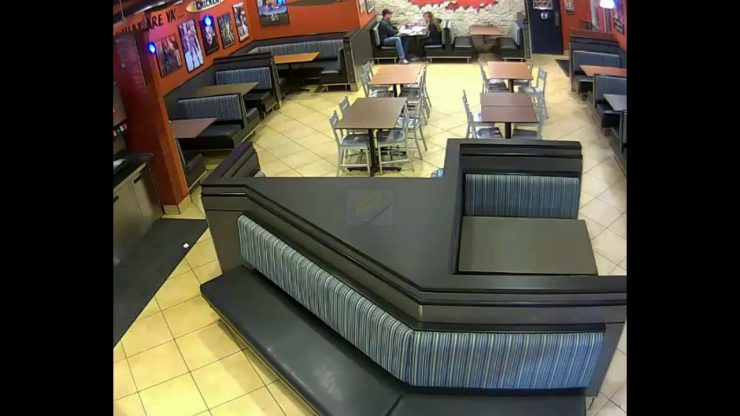 Viewer discretion is always advised when watching this video or any others videos. I do not take any responsibility to your trauma, psychological and/or mental harm. I do not recommend anyone to attempt, act/reproduce, and/or create hate from what you see in this video or any other videos. A Louisville man was arrested over the weekend after he allegedly attempted to rob a Raising Cane’s Chicken Fingers on Bardstown Road by Mid City Mall but was unaware that two off-duty Elizabethtown police officers happened to be enjoying a meal in the restaurant. Justin T. Carter, 30, was masked and armed with a handgun when he entered the Raising Cane’s, 1250 Bardstown Road, just before 10 p.m. Saturday, according to an arrest citation. Carter brandished the gun at an employee and demanded money, according to the arrest citation. That’s when two off-duty Elizabethtown Police Department officers who were inside the restaurant confronted Carter, according to the citation. Carter dropped the gun and fled the business, and the two officers gave chase on foot before apprehending him a few minutes later on nearby Beechwood Avenue, according to the arrest report. Carter was captured on surveillance video wearing “distinctive clothing,” and police later released the security footage, which showed the two officers getting up from a table inside the restaurant and drawing their weapons as they chased the suspect out of the restaurant. The firearm that Carter had inside the Raising Cane’s was determined to have been stolen from the Jeffersontown Police Department, according to the arrest citation. Carter is facing charges of first-degree robbery, receiving a stolen firearm and possessing a handgun as a convicted felon, according to court records. Carter appeared Monday for an arraignment hearing and is represented by a public defender, according to court records. He remains held in Louisville Metro Corrections on $50,000 bond ahead of a Feb. 25 preliminary

This man deserves death for abusing this old man like this. My opinion. Violence Warning

The Detroit Police have indicated there has been an arrest in this atrocity. No name, no picture and no indication of the citizenship status of the arrestee. This video will remain pinned here until they offer that... 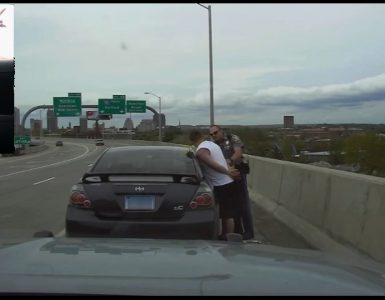 Cops like this give all others a bad name… Look at this idiot flip out, caught on video…

Scum caught on vid – Morons – WE ARE ALL ON CAMERA in public at all times. Stop the stupidity 24 secs