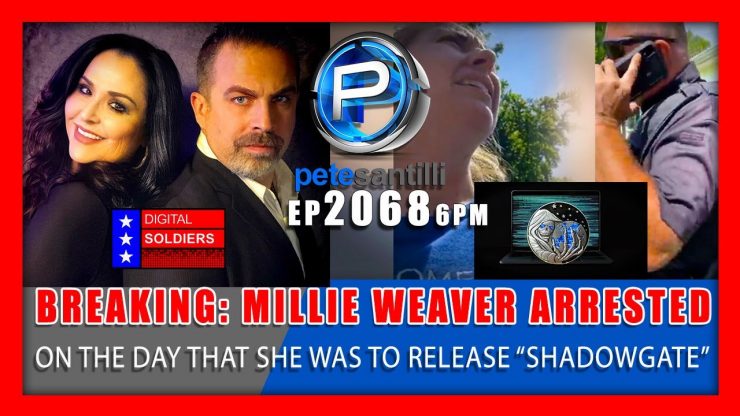 Infowars reporter Millie Weaver uploaded a livestream video of a police officer showing up to her home claiming a grand jury indicted her and that she is under arrest. Tune in now as we discuss this breaking news — In the video, Weaver said she never received any notice in the mail and had “no idea why” she was being arrested. “Guys, I’m literally about to break huge breaking news right now and I’m being arrested,” she told the camera. Millie’s husband, Gavin, can be heard off-camera telling her, “We’re being charged with burglary.” “Burglary?” she responded. “For what?” “They won’t say,” he answered. 2068-6pm BREAKING: MILLIE WEAVER ARRESTED ON DAY OF “SHADOWGATE” RELEASE (#DeepState Hit Job) – The Pete Santilli Show https://bit.ly/30ZnKv4 GUEST: Patrick Bergy is a U.S. Army Veteran and IT security specialist with over two-decades in public & private information security and knowledge management. Mr. Bergy has now dedicated his work to fixing many of the trust issues we witness daily on social networks and exposing those that seek to use these weapons against Americans. He’s currently operating the website, www.victimoftheswamp.com and is working on his second book, Archetypes of the ShadowNet. GUEST: Tore Says is a conservative constitutionalist political talk and entertainment program. There is call in participation and expert guests which include and are not limited to local, national and global authors, journalists, politicians and subject experts. No topic is off limits. Tore, the host of Tore says is a published author, citizen journalist, USN veteran that runs her own medical research and is a federal contractor as a linguist. Tore Says is heard on Red State Talk Radio weekdays from 12-2PM ET. https://redstatetalkradio.com/tore/ 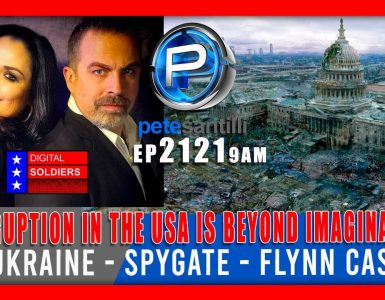 EP 2121-9A Flynn Case; FBI Spygate; Ukraine – Corruption In The USA Is Beyond Anyone’s Imagination U.S. Attorney for the Eastern District of Missouri, Jeff Jensen, has been conducting an ongoing review of... 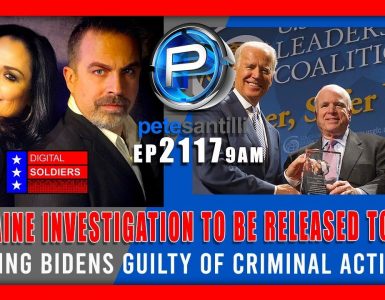 Dan Bongino: Some Personal News I Need to Share. (Had me tearing up since I love this guy… he has a tumor in his neck, 7cm large praying for him… Sgt Pat)