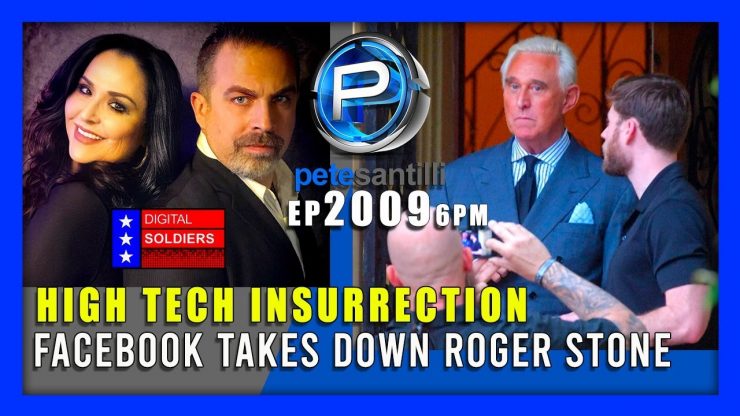 E-Vault Live: https://evault.video/view?l=1475360652 EP 2009-6P High Tech Insurrection: Facebook Takes Down Roger Stone On Eve Of His Incarceration Facebook Inc on Wednesday removed 50 personal and professional pages connected to President Donald Trump’s longtime adviser Roger Stone, who is due to report to prison next week. The social media platform said Stone and his associates, including a prominent supporter of the right-wing Proud Boys group in Stone’s home state of Florida, had used fake accounts and followers to promote Stone’s books and posts. Facebook moved against Stone on the same day it took down accounts tied to employees of the family of Brazilian leader Jair Bolsonaro and two other networks connected to domestic political operations in Ecuador and Ukraine. Nathaniel Gleicher, Facebook’s head of cybersecurity policy, said the removals were meant to show that artificially inflating engagement for political impact would be stopped, no matter how well connected the practitioners. EP 2009-6P High Tech Insurrection: Facebook Takes Down Roger Stone On Eve Of His Incarceration – The Pete Santilli Show http://ow.ly/NrTM30qX7cw GUEST: Tom DeWeese is one of the nation’s leading advocates of individual liberty, free enterprise , private property rights, personal privacy, back-to-basics education and American sovereignty and independence. A native of Ohio, he’s been a candidate for the Ohio Legislature, served as editor of two newspapers, and has owned several businesses since the age of 23. In 1989 Tom led the only privately-funded election-observation team to the Panamanian elections. In 2006 Tom was invited to Cambridge University to debate the issue of the United Nations before the Cambridge Union, a 200 year old debating society. Today he serves as Founder and President of the American Policy Center and editor of The DeWeese Report. For 40 years Tom DeWeese has been a businessman, grassroots activist, writer and publisher. As such, he has always advocated a firm belief in man’s need to keep moving forward while protecting our Constitutionally-guaranteed rights. https://americanpolicy.org/ https://www.facebook.com/tom.deweese.7

Posted on Trump’s FB Page: Dinesh: I discuss the myth of the big switch, the fallacy of the peaceful rioter, Joe Biden’s corruption and my upcoming movie ‘Trump Card’

In this interview with @laraleatrump posted to the President’s Facebook page, I discuss the myth of the big switch, the fallacy of the peaceful rioter, Joe Biden’s corruption and my upcoming movie “Trump Card” pic...

TRUMP: ‘Today we saw Joe Biden continue to politicize a pandemic and to show his appalling lack of respect for the American people. At every turn, Biden has been wrong…’

TRUMP: “Today we saw Joe Biden continue to politicize a pandemic and to show his appalling lack of respect for the American people. At every turn, Biden has been wrong about the virus, ignoring the scientific evidence... 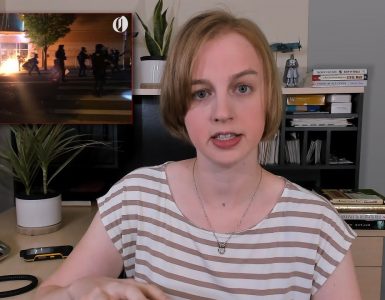 The mayor of Portland finally criticized the rioters who have been pillaging his city, destroying property, and attacking innocent people for months. He has suddenly become concerned, because he now realizes that they...