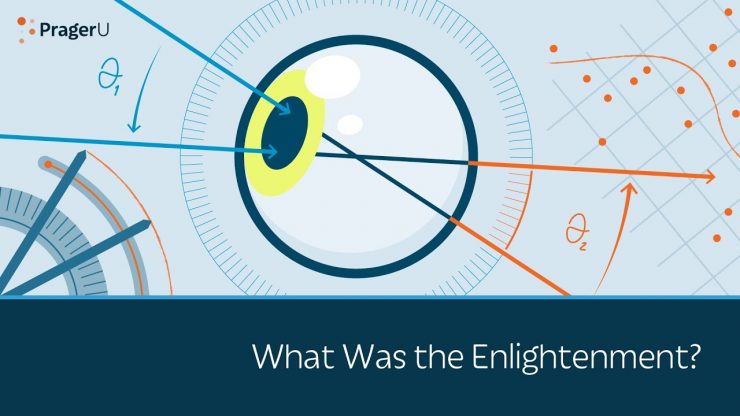 Prager U: What Was the Enlightenment?

Prager University: The European Enlightenment of the 18th century introduced the world to modern science, economics, medicine, and political freedom – or so we’re told. But is what we’re told accurate? Political philosopher Yoram Hazony explores this question and offers some surprising answers in this truly enlightening video. Donate today to PragerU! http://l.prageru.com/2eB2p0h To view the script, sources, quiz, visit https://www.prageru.com/video/what-wa… Join PragerU’s text list to have these videos, free merchandise giveaways and breaking announcements sent directly to your phone! https://optin.mobiniti.com/prageru Do you shop on Amazon? Click https://smile.amazon.com and a percentage of every Amazon purchase will be donated to PragerU. Same great products. Same low price. Shopping made meaningful. FOLLOW us! Facebook: https://www.facebook.com/prageru Twitter: https://twitter.com/prageru Instagram: https://instagram.com/prageru/ JOIN PragerFORCE! For Students: http://l.prageru.com/2aozfkP JOIN our Educators Network! http://l.prageru.com/2aoz2y9 Script: Modern science, medicine, political freedom, the market economy—all of them, we’re told, are the result of a sort of miracle that took place 250 years ago. That miracle is called the Enlightenment, a moment in history when philosophers suddenly overthrew religious dogma and tradition and replaced it with human reason. Harvard professor Steven Pinker puts it this way: “Progress is a gift of the ideals of the Enlightenment.” There’s just one problem with this claim. It isn’t really true. Consider the U.S. Constitution, which is frequently said to be a product of Enlightenment thought. But you only need to read about English common law—which Alexander Hamilton and James Madison certainly did—to see that this isn’t so. Already in the 15th-century, the English jurist John Fortescue elaborated the theory of “checks and balances,” due process, and the role of private property in securing individual freedom and economic prosperity. Similarly, the U.S. Bill of Rights has its sources in English common law of the 1600s. Or consider modern science and medicine. Long before the Enlightenment, tradition-bound English kings sponsored path-breaking scientific institutions such as the Royal College of Physicians, founded in 1518, and the Royal Society of London, founded in 1660. The truth is that statesmen and philosophers, especially in England and the Netherlands, articulated the principles of free government centuries before America was founded. So why give the Enlightenment all the credit? Apparently because it doesn’t look good to admit that the best and most important parts of modernity were given to us by individuals who nearly all held conservative religious and political beliefs. The claim that all good things come from the Enlightenment is most closely associated with the late-18th-century German philosopher, Immanuel Kant. For Kant, reason is universal, infallible, and independent of experience. His extraordinarily dogmatic philosophy insisted that there can be only one correct answer to every question in science, morality and politics. And that to reach the one correct answer, mankind had to free itself from the chains of the past—that is, from history, tradition and experience. But this Enlightenment view is not only wrong, it’s dangerous. Human reason, when cut loose from the constraints imposed by history, tradition and experience, produces a lot of crazy notions. The abstract Enlightenment philosophy of Jean Jacques Rousseau is a good example. It quickly pulled down the French state, leading to the French Revolution, the Reign of Terror, and the Napoleonic Wars. Millions died as Napoleon’s armies sought to rebuild every government in Europe in light of the one correct political theory he believed was permitted by Enlightenment philosophy. Today’s cheerleaders for the Enlightenment tend to skip this part of the story. They also pass over the fact that the father of communism, Karl Marx, saw himself as promoting universal reason as well. His new “science” of economics ended up killing tens of millions of people in the 20th century. So did the supposedly scientific race theories of the Nazis. The greatest catastrophes of modernity were engineered by individuals who claimed to be exercising reason. In contrast, most of the progress we’ve made comes from conservative traditions openly skeptical of human reason. The Enlightenment’s critics, including John Selden, David Hume, Adam Smith, and Edmund Burke, emphasized the unreliability of “abstract reasoning” and urged us to stick close to custom, history, and experience in all things

While millions of Californians are out of work, and the state is bankrupting its economy, Gov. Gavin Newsom has ordered $125 million in stimulus checks for illegal immigrants

While millions of Californians are out of work, and the state is bankrupting its economy, Gov. Gavin Newsom has ordered $125 million in stimulus checks for illegal immigrants. Priorities…🤦‍♂️🤦‍♂️ pic.twitter...

Antifa busted by their own allies in Black Lives Matter. Clown wanted them to flip over a truck

James Woods: I feel better now. The Satanists are going to protect us from Trump… 29 secs