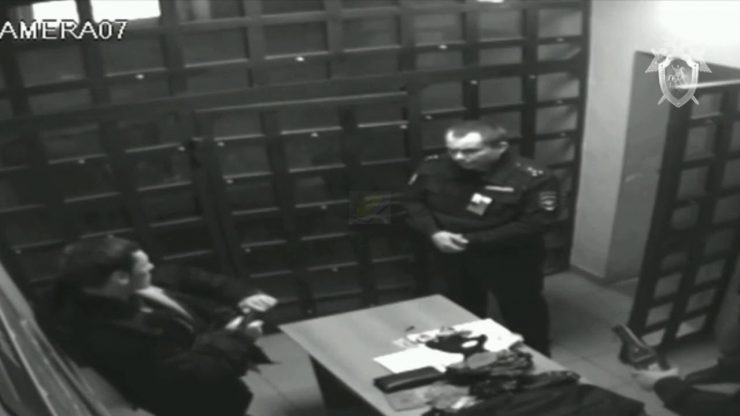 Keep me motivated by donating to https://paypal.me/thisisbutter Viewer discretion is always advised when watching this video or any others videos. I do not take any responsibility to your trauma, psychological and/or mental harm. I do not recommend anyone to attempt, act/reproduce, and/or create hate from what you see in this video or any other videos. A resident of Syktyvkar almost staged a massacre on duty, where he was taken after a quarrel with his ex-wife. During a personal search, he grabbed a gun and threatened to open fire if he was not released. The surveillance camera recorded the actions of the attacker. The incident occurred on the evening of November 21 in the Syktyvdinsky district of Komi. The 34-year-old man got into the police after the treatment of the former mother-in-law – she complained about the ex-son-in-law, who threatened to kill her and her daughter. The exuberant Syktyvkar was brought to the department, but he did not calm down, moreover, during the search he pulled out a loaded TT pistol from his purse and tried to bring him into a fighting position. Fortunately, law enforcement officers at the gun jammed the bolt. Threatened bully twisted. As it turned out, he had 22 live ammunition, brass knuckles and a bayonet-knife with him. The man’s behavior was interpreted as an encroachment on the life of a law enforcement officer, in the near future the court will choose a preventive measure for him.

This will never be shown on fake news CNN or ABC or written about in NY Times. Fast clip 26 secs

Outside police precinct in the Rockaways! You won’t see this on MSM! #BackTheBlue pic.twitter.com/jmI27Y4DvH— Karli Q ⭐️⭐️⭐️ (@KarluskaP) July 12, 2020

Be the Summer Soldier! Time to Stand Up! #WWGIWGA fast clip 45 secs