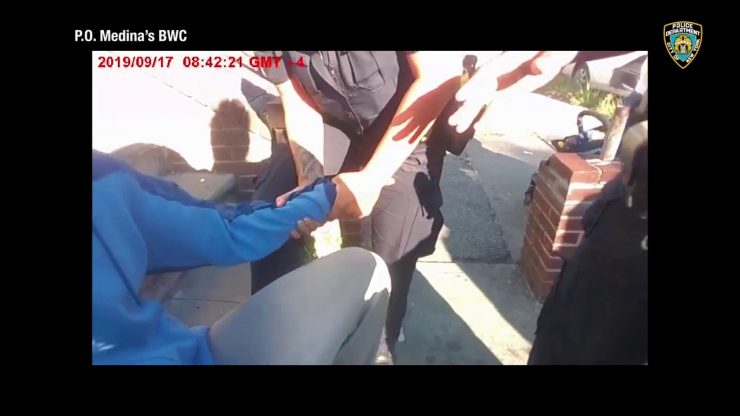 Keep me motivated by donating to https://paypal.me/thisisbutter Viewer discretion is always advised when watching this video or any others videos. I do not take any responsibility to your trauma, psychological and/or mental harm. I do not recommend anyone to attempt, act/reproduce, and/or create hate from what you see in this video or any other videos. The NYPD on Friday released officer body-camera footage of a fatal police-involved shooting on Staten Island. he recording was the first to be released by the department under its new requirement mandating that footage of “critical” incidents be made public within 30 days of their occurrence. “The NYPD is releasing this video for clear viewing of the totality of the incident,” the department said in a press release. The video is from a Sept. 17 police-involved shooting where domestic-violence suspect Gregory Edwards was shot dead in a confrontation with police officers. Other video from the scene captured some of chaotic aftermath of the incident and was posted online at the time. One of the officers was also hit in the hand during the shootout.

This will never be shown on fake news CNN or ABC or written about in NY Times. Fast clip 26 secs

Outside police precinct in the Rockaways! You won’t see this on MSM! #BackTheBlue pic.twitter.com/jmI27Y4DvH— Karli Q ⭐️⭐️⭐️ (@KarluskaP) July 12, 2020

Be the Summer Soldier! Time to Stand Up! #WWGIWGA fast clip 45 secs