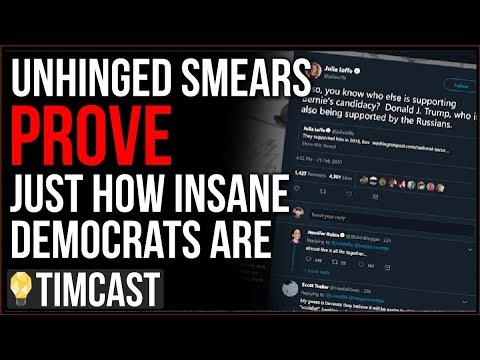 Latest UNHINGED Media Smears Against Trump And Bernie PROVE Just How Insane Democrats Have Gone. For years, literally years, we have heard endless screeching about Trump working for Putin but of course we learned it was all a lie. Trump was never a Russian asset and 3 years of investigating proved it. But the Democrats had very little to go off of so they kept pushing unhinged media smears against Trump. Still to this day they claim Russia is trying to prop him up. The media and democratic establishment then launched the same smear against Tulsi Gabbard and now finally against Bernie Sanders. One day before the Nevada Caucus media reports went flying that bernie was being propped up by the Russians and now the establishment Democrats and media personalities are pushing the insane narrative that Trump and Bernie tacitly work together at the behest of Russia. The level of delusion is beyond anything I have ever seen. The fact that we did Russiagate, then Russiagate 2:Ukrainian Boogaloo and are now moving into Russiagate 3: Rusiagate With A Vengeance says to me that they have literally run out of things to say so they just parrot the same fake news that did in 2015. Its time for Bernie Sanders supporters to stand with Trump supports at least on this one issue of calling out the crony establishment lies about Russia SUPPORT JOURNALISM. Become a patron at http://www.timcast.com/donate Contact – Tim@subverse.net My Second Channel – https://www.youtube.com/timcastnews New Brand Channel – https://www.youtube.com/subversenews Newsroom – https://minds.com/subverse Merch – http://teespring.com/timcast Make sure to subscribe for more travel, news, opinion, and documentary with Tim Pool everyday. 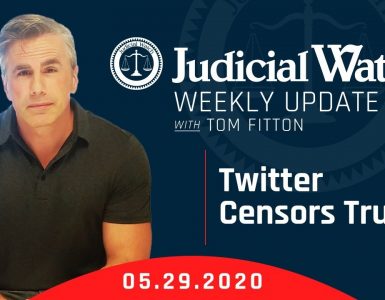 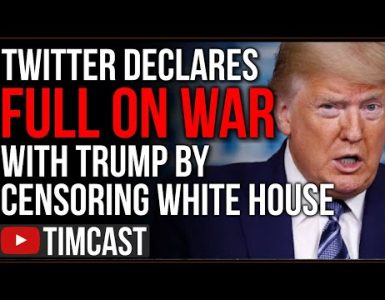 Twitter Declares WAR On Trump By Censoring His Tweets AND The White House Official Account’s. The tweet from Trump was deemed to glorify violence in the opinion of Twitter. By injecting their editorial opinion... 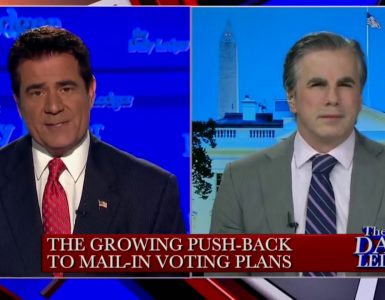