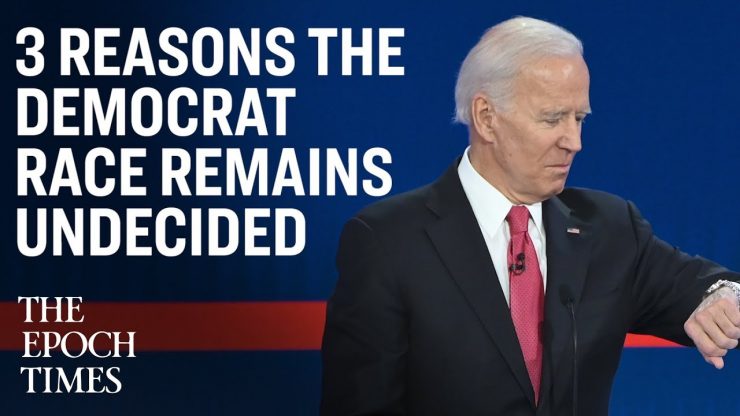 The Democratic nomination race started within days after the 2018 Midterms. Since then, a year has passed, two dozen have declared their candidacy, and there have been seven debates—and yet there is no clarity as to who will be the nominee. The reasons why are simple and don’t bode well for the Democrats going forward. There are three reasons the Democrat race remains undecided. Reason #3. It is so easy to run for President. In the internet/mass media age, running for president has become rather easy. As a result, a crowded field has become the norm for the out party in presidential years. In the old days, the year 2000 let’s say, running for president took political name ID, connections, and lots of money. The number of viable candidates, therefore, were generally quite few. When Bush 43 had raised the now quaint number of $100 million by January of 2000, he had nearly cornered the Republican primary market. In 2016, by contrast, the Republicans had more than 15 candidates run. In this cycle, a bevy of relative unknowns and many undeserving figures declared for the Democrat nomination. Take the candidacy of Beto O’Rourke. He was a 2016 sensation because technology permitted him to fundraise around the country in ways that far outsized his résumé. When he reached the national level, he came back down to earth quickly and dropped out. Mayor Pete Buttigieg is 2020’s Democrat shooting star. He has run a very successful campaign, including raising enormous amounts of money—even though few think he can win the nomination. That is quite the feat for a man whose claims to fame include garnering 8,515 votes to be reelected Mayor of South Bend, Indiana. That is not a typo—he received just 8,515 votes—and now is running for President and raising nearly $25 million a quarter. It turns out, however, that crowded fields—two dozen candidates—without a consensus candidate (See reason 2 below), lend themselves to drawn out primary seasons the likes of which the Democrats are now experiencing. Views expressed in this video are the opinions of the author and do not necessarily reflect the views of The Epoch Times. 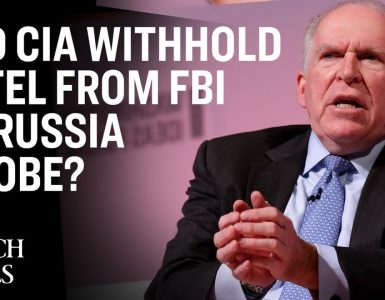 U.S. Attorney John Durham, tasked to look into the origins of the FBI’s “Crossfire Hurricane” investigation, is now “investigating CIA resistance to sharing Russian secrets,” according to a Feb. 13 report in The New...

China is lying about the virus… this is happening all over… Nothing to see here, they say… sure… we believe communists

⚠️WARNING: Graphic content"Mom, so many bodies, so many bodies, in the van, inside the van!" the child said.A child comments as bodies are packed into a van amid the #CoronavirusOutbreak in #China. pic.twitter... 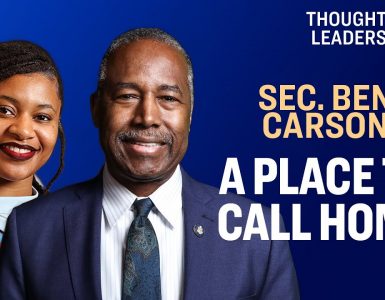 Just what is it like to suddenly have no place to live when you turn 21?

Propaganda by left called out – Challenging the 1619 Project by the fake news… being rolled out all across the U.S. in schools

Mark Dice – Everybody’s Talking About It

History: February 21 – On This Day back in 1848 Karl Marx publishes the destructive Communist Manifesto…

Propaganda by left called out – Challenging the 1619 Project by the fake news… being rolled out all across the U.S. in schools

Mark Dice – Everybody’s Talking About It