Media EXPLOITS Trump For Ratings Crying “Orange Man Bad,” NYT Claims 2019 WORST Year For Journalism. The New York times recently claimed that 2019 was the darkest year for journalism and they blame Trump and his administration. The reasoning is that trump is mean to the press and doesn’t host enough events for them. Meanwhile in other countries journalists go to prison for doing their jobs. In reality Trump is driving massive ratings boosts for almost every media company and yet we still see mass media layoffs. Many outlets shifted to a leftist or anti-trump message in order to get on the “Trump bump” and in doing so alienated their core audiences. Truth be told the same is true for a lot of channels including my own. A polarized media landscape began to emerge between certain factions in the current political cycle. To blame Trump for the decline in media is completely absurd. its just another excuse to drive “orange man bad” ratings for their networks. The real reason journalism is in trouble is due to changing technology and consumption practices among the general public. The media as it exists today is archaic and failing so they blame Trump in a desperate bid to generate ratings as they grasp at straws. While news outlets cry foul of Trump for dubious reasons, MSNBC and Rachel Maddow push absurd fake news and CNN joins in. Perhaps after Cenk Uygur was smeared by the New York Times we may now see leftists and progressives start to get on the “fake news” train calling out the media bias. The establishment media acts like its perfect but we see how they treat the progressive left, omitting Bernie Sanders, Andrew Yang, and smearing Tulsi Gabbard. SUPPORT JOURNALISM. Become a patron at http://www.timcast.com/donate Contact – Tim@subverse.net My Second Channel – https://www.youtube.com/timcastnews New Brand Channel – https://www.youtube.com/subversenews Newsroom – https://minds.com/subverse Merch – http://teespring.com/timcast Make sure to subscribe for more travel, news, opinion, and documentary with Tim Pool everyday. Amazon Prime 30 day free trial – http://amzn.to/2sgiDqR MY GEAR GoPro Karma – http://amzn.to/2qw10m4 GoPro 6 – http://amzn.to/2CEK0z1 DJI Mavic Drone – http://amzn.to/2lX9qgT Zagg 12 AMP portable battery – http://amzn.to/2lXB6Sx TASCAM Lavalier mic – http://amzn.to/2AwoIhI Canon HD XF 105 Camera – http://amzn.to/2m6v1o3 Canon 5D MK III Camera – http://amzn.to/2CvFnnm 360 Camera (VR) – http://amzn.to/2AxKu4R FOLLOW ME Instagram – http://instagram.com/Timcast Twitter – http://twitter.com/Timcast Minds – http://Minds.com/Timcast 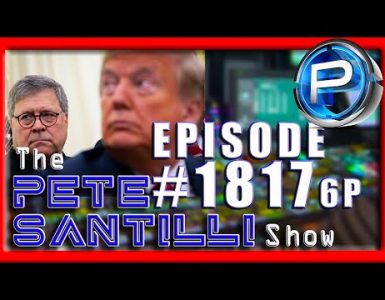